Alzheimer’s disease and other common forms of dementia including vascular dementia, dementia with Lewy bodies, and frontotemporal dementia are progressive conditions, with symptoms worsening over time as the disease progresses. Learn more about the stages of dementia and what to expect from your loved one as dementia progresses.

Although the two terms are often used interchangeably, Alzheimer’s disease and dementia are two different terms. Dementia is an umbrella term used to describe several conditions and it includes Alzheimer’s, as well as other conditions with shared symptoms. More than mere forgetfulness, an individual must have trouble with at least two of the following cognitive areas to be diagnosed with dementia:

The assessment tools used to determine which stage of dementia a person is experiencing are meant to be a guide and a rough outline of what caregivers can expect and when they can expect it. Some symptoms may occur later than others, others may appear in a different order than the scale predicts, and some may not appear at all. Some symptoms may appear and then vanish, while others will continue to worsen over time. Because every person is different and dementia manifests itself uniquely, the speed at which dementia progresses varies widely. On average, a person with Alzheimer’s disease lives 4 to 8 years after a diagnosis, but some have been seen to live as long as 20 years. 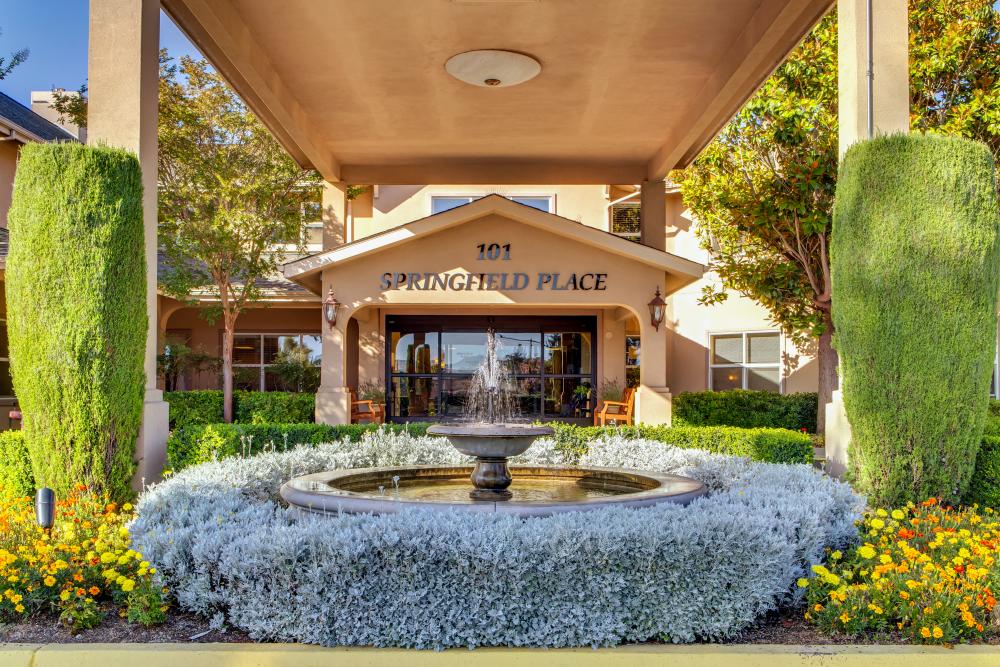 As the disease progresses, different signs and symptoms will become increasingly obvious. While there are several scales to measure the progression of dementia, the most common scale is the Global Deterioration Scale for Assessment of Primary Degenerative Dementia (GDS). The scale is also known as the Reisberg Scale. According to the GDS, there are seven different stages of Alzheimer’s disease correlating with four distinct categories: no Alzheimer’s, mild Alzheimer’s (or early-stage), moderate Alzheimer’s (or middle-stage), and severe Alzheimer’s (late-stage).

From there, the disease progresses into stage 2, also known as very mild cognitive decline. In this stage, there is normal forgetfulness that often attributed normal signs of aging. In this stage, caregivers may start to notice some level of forgetfulness, but symptoms of dementia are still not apparent to medical professionals or loved ones. In this early stage, caregiving is about finding a balance between independence and assistance. When in doubt, assume your loved one can accomplish a given task on his or her own, unless there is an immediate risk to safety.

The last stage in this category is stage 3, mild cognitive decline. At this stage, loved ones may begin to notice signs of cognitive decline as their loved one experiences increased forgetfulness, decreased performance at work, speech difficulty, and difficulty focusing on everyday tasks. This stage is also known as mild cognitive impairment (MCI) and it crucial that caregivers recognize the signs of this stage for early diagnosis and intervention.

Early-stage dementia has only one stage – stage 4, moderate cognitive decline. This stage lasts an average of 2 years and cognitive issues can be detected during a medical interview and exam. People in this stage will have difficulty concentrating, will forget recent events, and will have difficulty managing finances and traveling alone to new locations. Additionally, they may experience difficulty socializing and begin withdrawing from friends and family. In this stage, caregivers should make a concerted effort to actively engage the person with dementia. Caregivers will have a more involved role in this stage and subsequent stages. Caregivers should create a daily care plan and make adjustments to schedules as needed to provide the necessary level of care while also seeking physical and emotional support from other caregivers.

In stage 6 of dementia, a person may start forgetting the names of close loved ones and have little memory of recent events. Communication is severely disabled and delusions, compulsions, anxiety, and agitation may occur.

This final category of dementia includes one stage. Stage 7, very severe cognitive decline lasts an average of 2.5 years. A person in this stage usually has no ability to speak or communicate and requires assistance with most activities, including walking. During this stage, caregivers will focus mostly on providing comfort and quality of life. Care options may exceed what you feel you can provide at home since around-the-clock care will be needed.

While the exact symptoms displayed in each stage can differ from person to person, this assessment can be used as an outline, helping families know what to expect and when to expect it. Have you seen the progression of dementia in your loved one follow a similar path? Share your experiences with us in the comments below.

How Technology is Improving the Lives of Seniors
January 17, 2020Alissa Sauer