ANOTHER MAJOR LEAGUE CELEBRATION OF A GREAT LIFE

Missouri is known as the “Show Me” state, so it’s no surprise that the people of St. Louis really know how to put on a show! After a full year of planning, the city’s red carpet was rolled out to celebrate the 90th birthday of St. Louis’s own Reverend Doctor William (Bill) Collins, Jr., and Pastor Emeritus of the Antioch Baptist Church.

The festivities began when Bill and his entourage flew in from Idaho Falls, where he calls Fairwinds – Sand Creek home, and were whisked by limo to the downtown Marriott Residence Inn. After a meet and greet with long-time church members, they were treated to world famous Imo’s Pizza.

It was Saturday, Cardinals baseball day, and Bill had been chosen to throw out the first pitch at the game. His pitch made a lasting impression on the crowd. Bill says he owes it all to Fairwinds – Sand Creek Physical Therapist Mark Osadchey, who instructed him on how to handle the ball. Family and friends filled two private party boxes at the stadium, and the overflow guests were seated in sections around the boxes. After the game on Saturday evening, he was welcomed by the fine folks at Sweetie Pies and enjoyed a delicious, home cooked meal.

The highlight of the weekend came on Sunday when Bill worshipped at the Antioch Baptist Church, where he pastored for 45 years. The service was attended not only by locals but those from out of town who wanted to join in the celebration. Former students, colleagues, dignitaries, family, church members, and friends gathered to wish him the happiest birthday. During the service, he was presented with a proclamation from the City of Saint Louis Board of Aldermen in recognition of his service to the community and in celebration of his 90th birthday. A letter from the governor was read to the congregation, sending birthday greetings and well wishes. Following the service and dinner, the renowned Gospel Unlimited Choir performed a 90th birthday celebration of songs.

It was an unforgettable weekend for an unforgettable man, and Bill flew back to Idaho Falls on Monday eager to reconnect with his wife, Margaret, his friends, and the entire family at Fairwinds – Sand Creek. 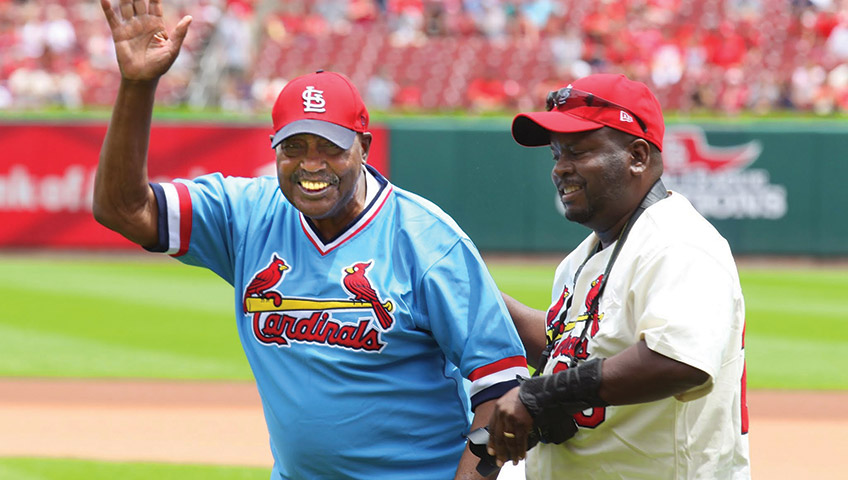